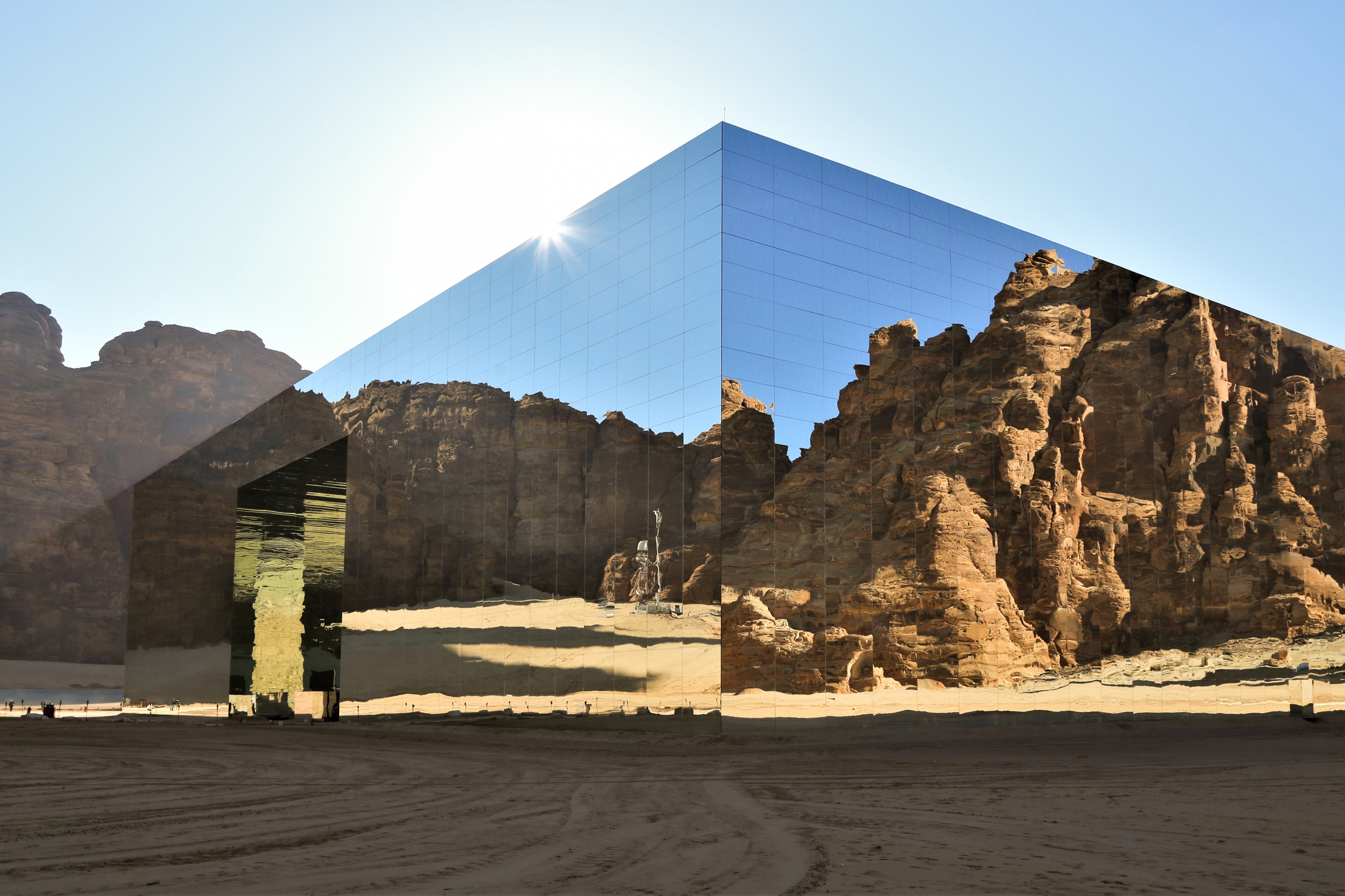 The Royal Commission for AlUla (RCU) constructed this unique building in the deserts of AlUla, Saudi Arabia.

The shimmering square has earned them a Guinness World Records title for the largest mirrored building in the world, measuring 9,740 Square Meters.The Maraya concert hall is named as such because ‘Maraya’ means reflection or mirror in Arabic.

The building was designed to reflect and highlight the natural beauty of desert around AlUla.
The architectural art piece will serve as a venue for events, celebrations, performances and business gatherings.

The concert hall was built around Mada’in Saleh (which means Cities of Salih), a historic city which was known as a trade root connecting the Arabian Peninsula to the Levant region. In fact, this area became Saudi Arabia’s first ever UNESCO World Heritage Site. The area features naturally carved rocks, historic writings and cave art as well as many Islamic and religious monuments. The hall’s design makes it an architectural extension of the environment surrounding it.

The 500-seat capacity hall was designed as a cuboid covered with mirrors externally. As a concert hall, good sound quality was a key factor when designing the interior of the building. “AlUla is a place of heritage for the world and this is our 21st century realization of our vision to create a cultural hub, with Maraya as a stunning centerpiece venue for world-class events, performances, celebrations and business gatherings.

Maraya is a medium that intertwines nature, culture and humanity.” – RCU CEO Amr AlMadani, CEO of RU He added “We are proud to celebrate the opening with the people of AlUla and the expert team of architects, construction specialists and partners who give rise to this incredible building from a stunning desert setting.”

Get in touch with us today and our team of creative experts will start working on your record-breaking campaign. Whether its National Day, CSR, employee engagement, product launches or anniversaries, we work with brands, agencies and businesses to make the Amazing Official! Email: MiddleEast@GuinnessWorldRecords.com

FIRST OF ITS KIND STUDY REVEALS THERE ARE 5.1 MILLION REGULAR PODCAST LISTENERS...
Scroll to top