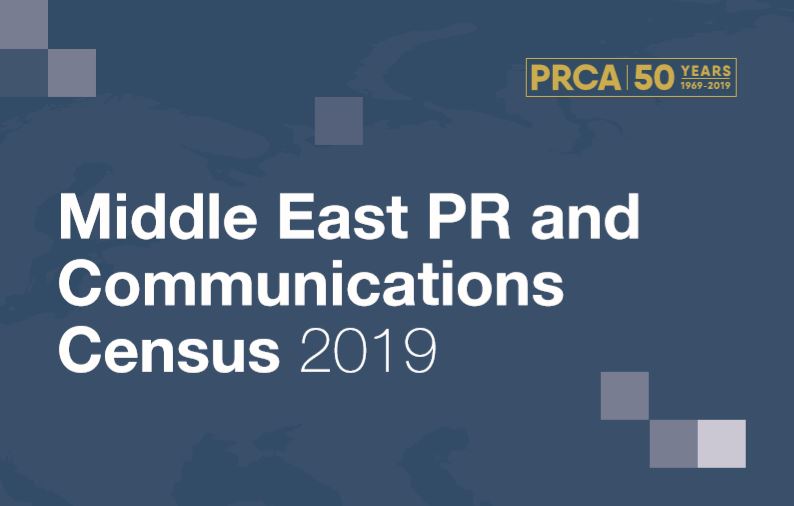 Evaluation remains a fundamental challenge for public relations professionals in the Middle East, according to a major new study of the region’s communications sector.

The report, based on 308 responses from PR professionals in the region and incorporating comment from leading practitioners, paints a picture of a diverse but stretched workforce which is increasingly employing strategy and digital tools in its work.

The inaugural PRCA Middle East PR and Communications Census is published today by the Public Relations and Communications Association (PRCA). It follows last month’s inaugural PRCA Census of the Asia-Pacific region (the ‘APAC Census’), both of which replicate the long-standing UK version, which has become the definitive research on the sector since launching in 2011.

The ‘Opinions’ chapter of the report looks at respondents’ views of PR best practice in areas ranging from Advertising Value Equivalent (AVE) to the role of digital. It finds that:

PRCA MENA regional board member Maria Cohn MPRCA, Managing Director, Strategic Communications, FTI Consulting, comments in the report: “Measurement remains a fundamental challenge for our industry. We have run out of excuses, though. Online, digital, data analytics, etcetera are here to stay. We need to wrap our heads around this and use them in our favour.”

The ‘Wellbeing’ chapter looks at the work-life balance, benefits and welfare of PR professionals in the Middle East. Findings include:

PRCA MENA regional board member Loretta Ahmed FPRCA, Middle East and North Africa CEO, Grayling, comments in the report: “We have to keep women in the workplace. This will only happen if the gender pay gap closes and companies adopt more flexible practices. Flexible working is a no brainer – done well, it improves engagement, trust, and business performance.”

The ‘Diversity’ chapter outlines who works in the industry. Findings include:

PRCA MENA regional board member Alex Malouf MPRCA, Corporate Communications Manager, Procter & Gamble, comments in the report: “This highlights that we’re struggling to attract Arabic talent in the Gulf, which is concerning because Arab nationals best understand this region’s cultures and practices, and therefore its audiences. We need to educate Arab youth on the opportunities of PR careers as an industry.”

PRCA MENA regional board member Suzanne Talhouk MPRCA, General Manager (Levant), H+K Strategies, comments of this finding: “It is a shame to still see this gender gap in a female dominated profession. It is very disappointing.”

The full report is available from the PRCA MENA website.

PRCA MENA Chairman Omar Qirem CMPRCA and Director Melissa Cannon MPRCA write in a joint introduction to the report: “Our Census is the most insightful and informative overview of the current state and future direction of the region’s PR profession. In an age where all smart organisations know the value of data and insights, it will provide food for thought, inspiration, and benchmarks to help our vibrant profession thrive during a period of historic transformation in the region.”