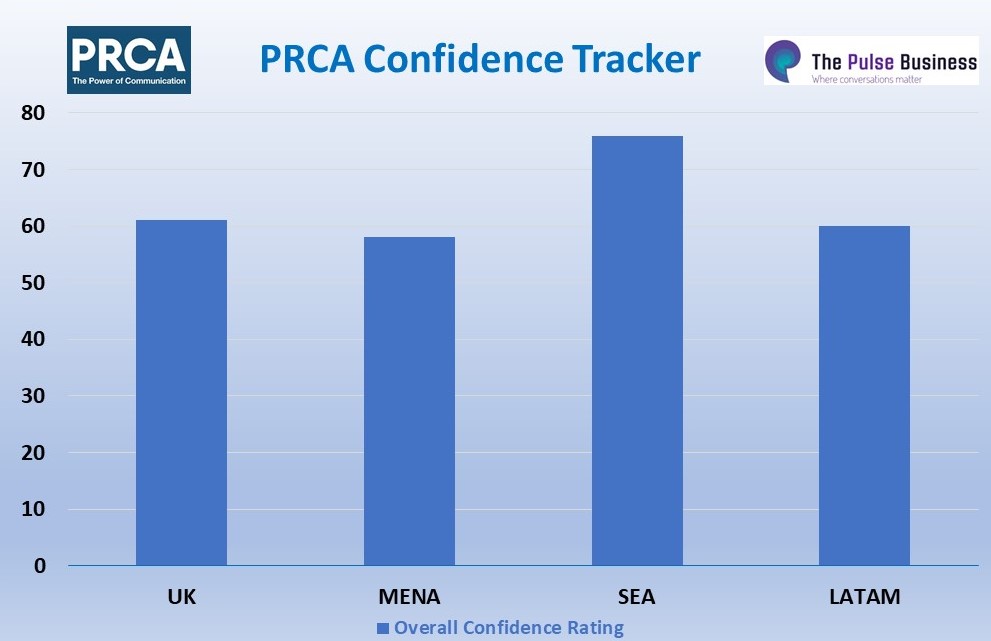 The Public Relations and Communications Association (PRCA) today released the results of its second international Business Confidence Tracker, with separate datasets for members in Latin America; the Middle East and North Africa; Southeast Asia; and the UK.

The numbers show that senior agency and in-house leaders around the world have growing confidence in their organisations’ futures, with net positivity numbers higher in every region than was the case in April.

In response to the question ‘How confident do you feel about the future of your organisation right now?’, the findings were as follows:

“The global PR community is increasingly optimistic about the future. The initial shock seems to have worn off, and agency and in-house leaders in every region of the world are growing in confidence that they can configure new delivery models and prosper in new circumstances. As lockdown slowly unwinds country by country, our industry faces the new normality with resilience and positivity. “

PR professionals completed the Pulse survey carried out by The Pulse Business.