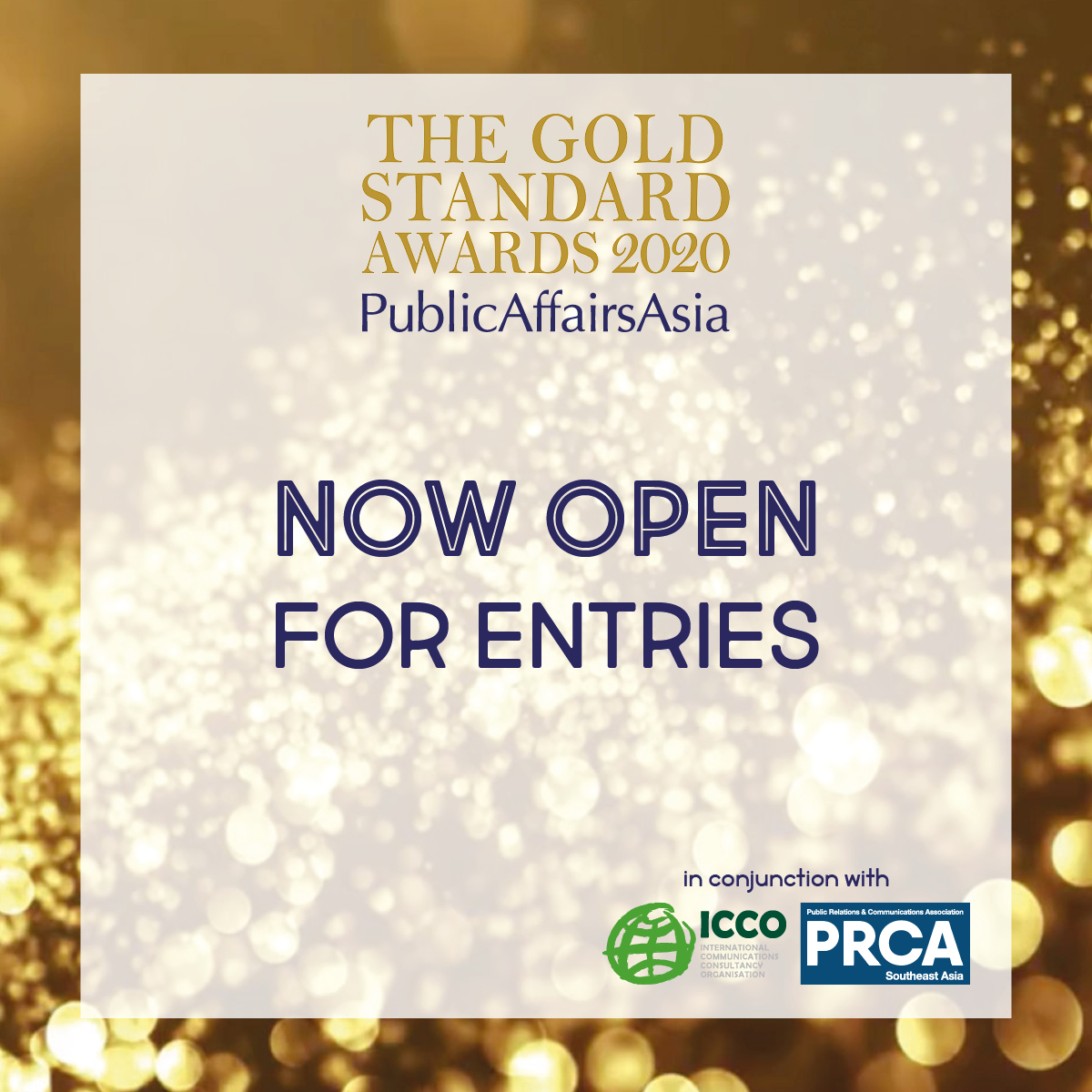 20th August, 2020 – PublicAffairsAsia is pleased to announce the timeline for The 2020 Gold Standard Awards, which will this year be operated in conjunction with the PRCA South East Asia and the International Communications Consultancy Organisation.

Nominations for the programme open on August 10 and will close on Friday, September 25. The Awards recognise “Gold Standard” achievements by agencies, corporations, NGOs and governmental agencies across 25 categories including stakeholder engagement, crisis management, media relations and CSR.

Commenting, Mark O’Brien, Vice President of PublicAffairsAsia, said: “Now in their 12th year the awards are the leading programme for the communications and corporate public affairs industries across Asia Pacific and the Middle East. Through our collaboration with PRCA South East Asia and ICCO we look forward to building on these strong foundations and extending our reach across the industry right across the region.”

Francis Ingham, PRCA Director General and ICCO Chief Executive said: “The Gold Standard Awards have a phenomenal reputation throughout the region, so PRCA SEA and ICCO are delighted to be joining with PublicAffairsAsia to deliver them this year. 2020 has been tough for us all. But as we see a road forward to recovery and growth, it’s more important than ever that our industry celebrates its fantastic work.”

This year, the programme will be judged by more than 100 of the region’s most senior practitioners. Sponsors and the 2020 categories will also be announced on August 10, along with our new judging line-up.

We look forward to your nominations in this industry leading awards programme for the communications and corporate public affairs industries across Asia Pacific and the Middle East.

Due to the currently fluid situation regarding meetings and events as a result of Covid-19, the precise date and nature of the awards winners ceremony is subject to confirmation, although the winners will be announced in early November 2020.