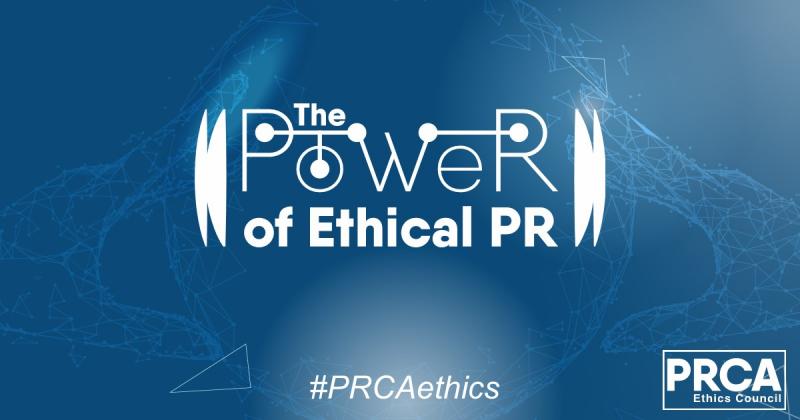 The Public Relations and Communications Association (PRCA) Ethics Council has today launched its annual global #PRCAethics Month in September, under a thematic banner, “The PoweR of Ethical PR.”

The #PRCAethics content will flow seamlessly into the PRCA’s UK National Conference theme, “PR as a Force for Positive Change,” set for Thursday, 24th September 2020.

The Council also has announced that it will undertake a research audit project, with results in early 2021, which will inform agenda-setting toward the Council’s formal remit, “To raise ethical standards around the world.”

The PRCA Ethics Council – which was formed in May 2020 – has recently appointed American Mary Beth West, Senior Strategist of Fletcher Marketing PR, as its Co-Chair with David Gallagher. More announcements will be forthcoming as the Council continues to evolve, including geographic representation and ambassadorship.

“In a calendar year defined by utter disruption and chaos at transformative levels, one thing in our industry has remained steadfast: the importance of ethical decision-making, relationship-management and communications. This September, the PRCA will join once more with our members to drive ethics as a global topic to the larger public. It’s an inherent part of our organisational brand.”

PRCA members and other public relations practitioners worldwide can follow the #PRCAethics conversation and tap into free resources and programs, using that hashtag across social media.