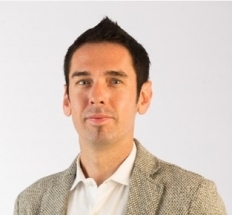 Stephen’s event support and fan engagement activities has seen him lead International campaigns at the Olympics through to the AFC Asian Cup with work spanning from the region to LA, Singapore and Shanghai. For over a decade he has directed global events hosted in the GCC including the Mubadala World Tennis Championships, World Boxing Championships, World Swimming Championships, IPC World Athletics Championships, World Jiu Jitsu Championships, Porsche GT3 Cup Challenge Middle East, The Colour Run, Abu Dhabi F1 Music Festival – Yasalam, HSBC Abu Dhabi Golf Championships & HSBC Dubai Rugby Sevens. He has managed the outreach of Real Madrid, AC Milan, Juventus and Bayern Munich on visits to the region and personal sponsorship appearances from David Beckham, Steven Gerrard and Xavi. In 2018 + 2019 Stephen led the bringing of Formula E and the first world heavy weight boxing title fight to the Middle East and conducted communications for the first live Music festival in Saudi Arabia, which saw mixed audience party together at Diriyah on the outskirts of Riyadh.

As an international consultant he annually directs HSBC’s activation of its title sponsorship of the largest golf events in Asia – HSBC Champions in Shanghai and the LPGA’s HSBC Champions Singapore as well as the LPGA’s first major of the year the ANA Inspiration in California. In managing the studio for H+K Stephen uses his expertise to continually drive the industry forward towards integrated, digital and creative offering in the Middle East.

An enthusiast of all sports, he has in the past represented Ireland in hockey at every competitive level in Europe. A keen golfer, he has also competed in international amateur golf tournaments across the world.