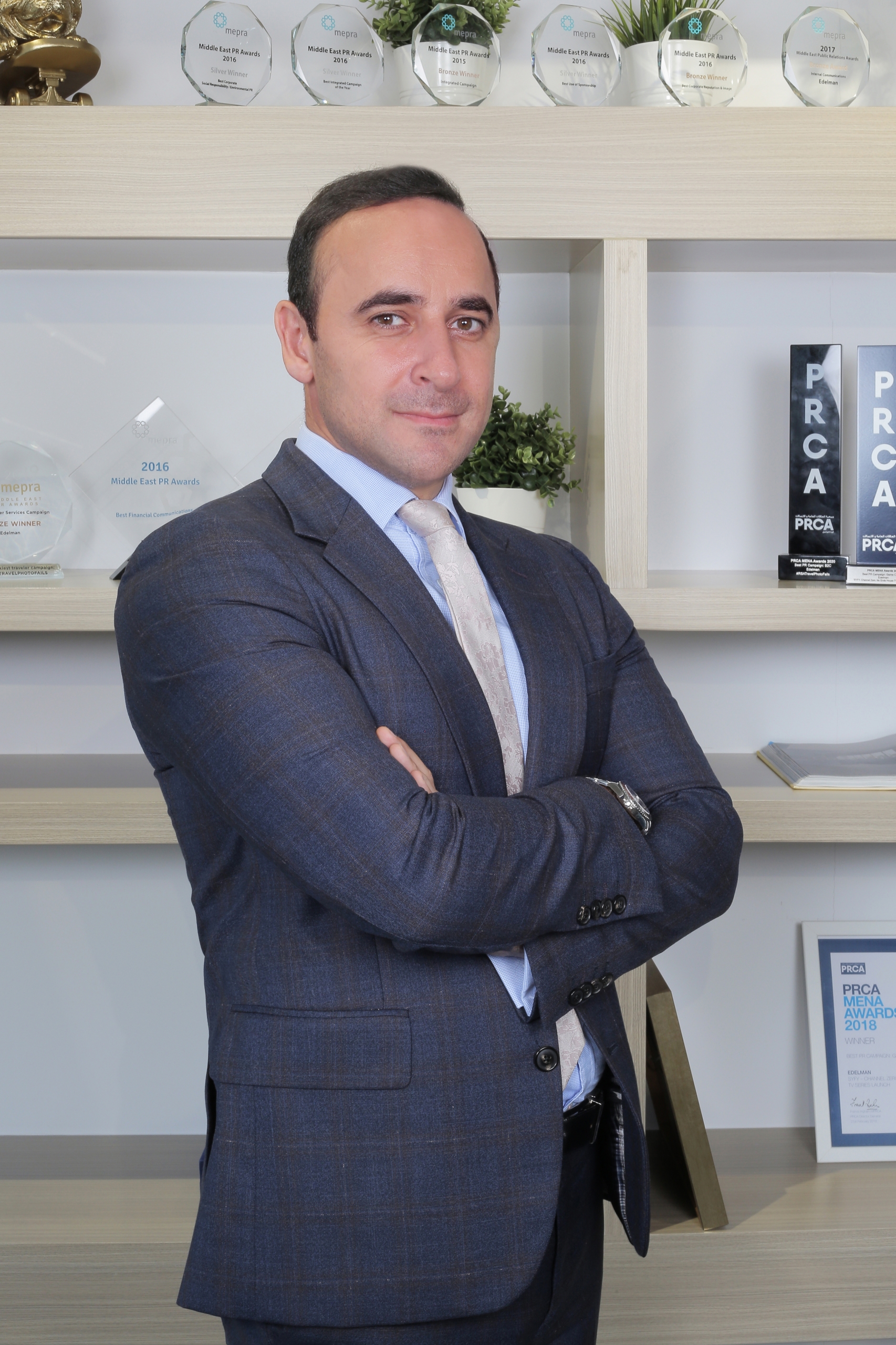 Omar Qirem is Chief Executive Officer of Edelman Middle East and is responsible for the business in the region, including three offices in Abu Dhabi, Dubai, and Riyadh.

Born and raised in Jeddah, Saudi Arabia, Omar has 20 years communications experience in government, agency and corporate roles in Europe and the Middle East. He has provided communications counsel for private-sector campaigns, major government initiatives, and public policy issues.

Omar was one of four global media trainers for energy-giant Shell, and has advised senior ministers from British, Saudi, and UAE governments. He has also counseled prominent CEOs, including the leaders of Abdul Latif Jameel and Majid Al Futtaim.

He has been recognized as one of the top 50 communication professionals in the Middle East three years in a row by PR Week.

Omar re-joined Edelman from Saudi Arabian family business Abdul Latif Jameel where he was Global Director of Communications. In this role, he was responsible for international communications covering 30 countries and 16,000 staff across multiple sectors such as automotive, energy, land, and investments.

Omar is a Politics and History graduate and the youngest ever person to be a British government spokesman at the age of 21.